Hello, and how do you do? I feel that I am myself again after losing countless pieces of myself while ten or more years rolled right past me. Sometimes, being me means existing as a person with depression. Regardless, I now give myself permission to feel it deeply and aim to process my emotions—even those that are accompanied by a great sense of discomfort.

For many years, I willingly flung myself into walls and hurdles as a sort of distraction in the hopes that I could avoid the discomfort of true self-discovery, growth, and emotional healing. There were my deeply rooted issues with addiction and my romance with self-destruction, as I grew up forging a path overgrown by the vines of self-doubt that bound me to an ignorance of self.  Eventually, the overgrowth was scorched by acts of self-sabotage and only ashes of what once was remained; there was real barrenness and vulnerability.

I never was a cutter nor did I implement other related acts of self-harm, only someone who would willingly bleed themselves dry for any cause that seemed a worthwhile distraction from meeting with my true self. I would merely fantasize about death and mutilate my dreams and my life path, thwarting my own potential. I created complicated circumstances to combine with codependent, toxic relationships in order to concoct solutions of jarring pain.

For someone who deals with depression, self-inflicted agony can be a wildly useful distraction because, at its deepest, depression becomes an absence of all feeling—even an inability to feel pain at all. As long as I could still suffer, I could keep my head above water and keep depression from closing its walls in on me. Ultimately, this was my goal, as I knew that once I was ensnared in this vacuous, void of emotion, I would have to face myself and I only knew that was something I wanted to avoid at all costs.

About two and a half years ago, I moved to Thailand and found myself more alone than I had ever been and with an opportunity to detach from all of the distractions that occupied my attention for such a long time. No drugs, and no abusive, tumultuous relationships with others—just me, just a void. That’s what I was then. I had no idea who I was because all of the pieces of myself were somewhere else that I had left them, either with others who didn’t deserve them or seemingly lost to drugs and other distractors I had attached to. All of my identity had been culminated on externalities, but who was I actually? I didn’t have a clue.

It has been the pieces of experience here that have given me back to myself, allowed me to regenerate and made me whole again. The people I’ve met, the children I have taught, the places I have visited, the yoga I have practiced, the nights spent alone, the private outbursts and fits I’ve had as I tried to make sense of being a foreigner not only in another country, but in my own body as well. All of these deeply restorative experiences of growth happened in the face of my depression and were born out of the initial nothingness. Largely, my success—while ultimately having proven to be stronger than this heavy force—is also owed to this bizarre alliance we’ve had.

Before I could become myself again, I had to acknowledge my largely self-inflicted suffering as I began to release it to make space for my unyielding depressive emptiness, which would temporarily be left in its wake until I could allow myself to come into being again. The depression that had hung around me my entire life was insistent at certain points, yet quite patient at the same time, as it held on during the wait, until I was ready to meet it and acknowledge that it was there. “Oh, hey, it’s me again? I already know so much about you! Can we finally meet?” If I had known that acknowledging ALL of my multi-faceted being—even those that aroused the utmost discomfort—was going to empower me and even become beneficial, I would’ve done it quite a long time ago.

I don’t know exactly how it works but I know that the aspect of my being that is prone to depression and very much a part of me, in some ways, allows me to be better at certain things. Currently, I am out here concentrating, creating, focusing, striving, improving, learning and growing. Because I have willingly put myself through strife and also battled hardships that felt like kicks when I was already down, I am genuinely compassionate and empathetic to others.

Having an awareness of the totality of my being also requires me to be more mindful, evaluating my behaviors and reflecting on my intentions daily. Sometimes, I find myself obsessing and creating an internal battle, but I can just as soon turn that into fixating on my goals and setting my focus to meet them. On a daily basis, I am aiming to better align myself with my true purpose by endlessly working to cultivate the best version of myself.

Mental health issues can ultimately become empowering for us; it’s all in the daily choices that we make. 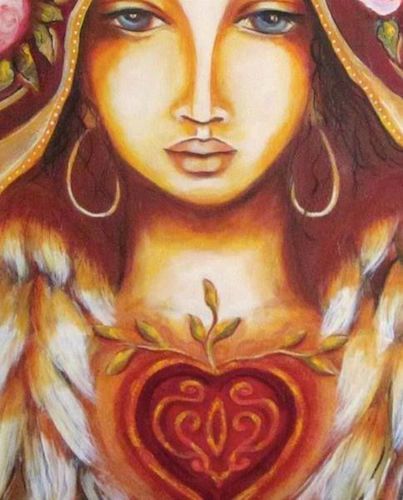 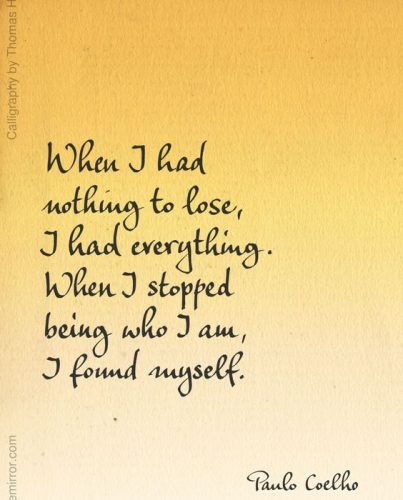